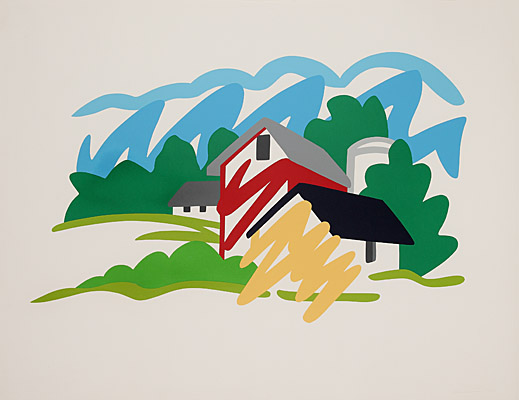 "House and barn in the distance" 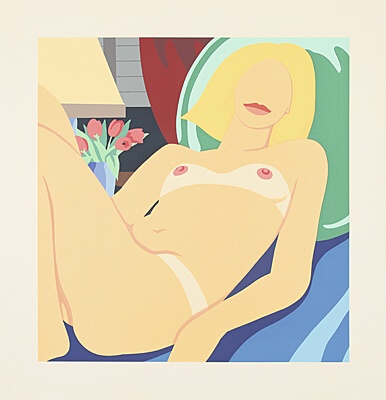 Together with Roy Lichtenstein and Andy Warhol, Tom Wesselmann (Cincinnati, Ohio 1931–2004 New York City) became one of the most important representatives of American Pop Art. His leitmotifs were the still life and the female nude in sexual provocation.

His American Nudes (since 1961) are famous. Nudes or at times just faces can be seen in bedroom or bathroom interiors. The early phase of an ornamentally conceived corporeality, strongly inspired by Matisse, was followed in 1962 and 1965 by realistic female nudes from magazines and billboards, partly revised and partly appropriated in full as collages.

Characteristic of his nudes is the promising pose of the women, who seem to offer themselves just as uninhibitedly as a can of beer or a box of cornflakes and signal their willingness to surrender. As a rule, they consist only of flesh-coloured body silhouettes, the bright red kissing mouth, nipples, white teeth, and strikingly emphasised sexual characteristics.

The large-format Great American Nudes, of which No. 98 is part of the collection of the Museum Ludwig in Cologne, can also be seen in The Museum of Modern Art and other major museums worldwide.