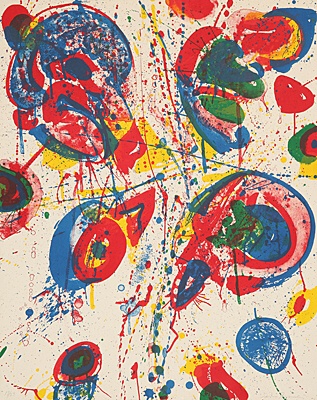 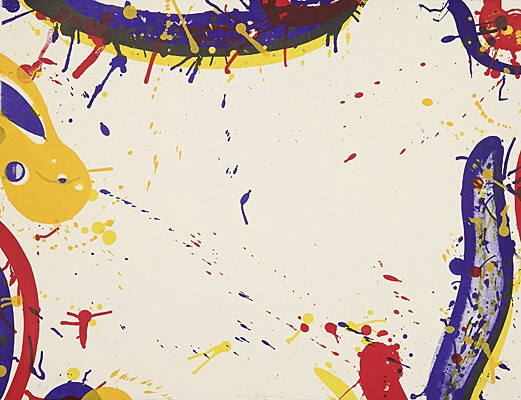 Sam Francis (San Mateo, California 1923–1994 Santa Monica), well-known as a protagonist of Action Painting and Abstract Expressionism, is one of the most important artists of the twentieth century. Francis was primarily engaged in experimental painting, but also developed a special interest in printmaking.

He joined the American Air Force in 1943. During a training manoeuvres, he suffered a serious injury. His recovery was followed by several years of long hospital stays. During this time, Francis discovered art and in 1948 began studying Fine Arts and Art History at the University of Berkeley.

In 1957, Francis undertook a trip around the world, which, among other things, brought him to Japan for several months; while there, he executed his first large-format wall painting as part of a commission. In a later phase of his career, he installed such occasionally oversized murals in the Kunsthalle Basel and the Chase Manhattan Bank in New York. In 1959, Sam Francis took part in the fifth edition of the Bienal de São Paulo and the second edition of the documenta.

His painterly work is powerful both terms of in colour and the application of paint, influenced by artists such as Mark Rothko as well as by European Informel. In some of his works, colours are mixed only on the painting surface, or they are freely splattered and poured directly onto the canvas.

The combination of technique and free gestural painting makes his work appear lively and spontaneous. This lightness and energy can also be found in his printmaking, including a large number of lithographs, monotypes and etchings.