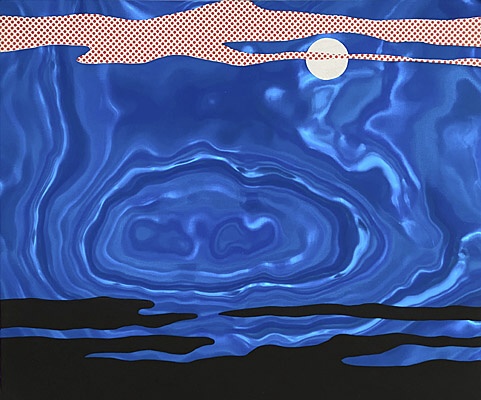 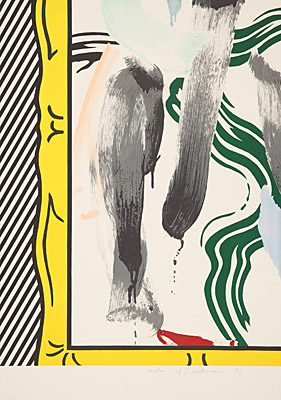 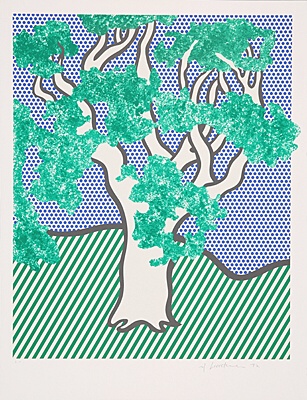 aus "Columbus: In Search of a new tomorrow" 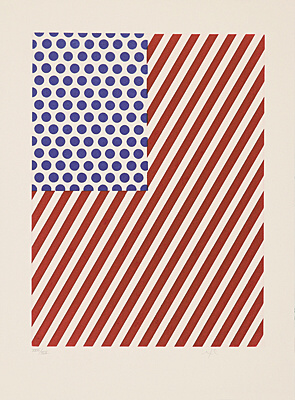 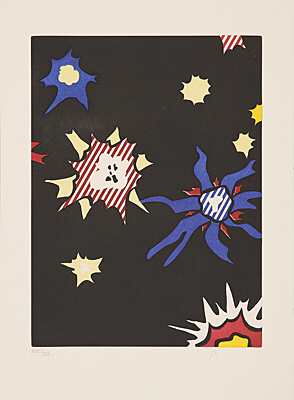 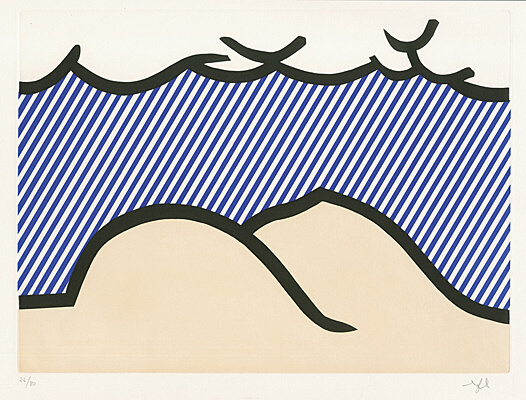 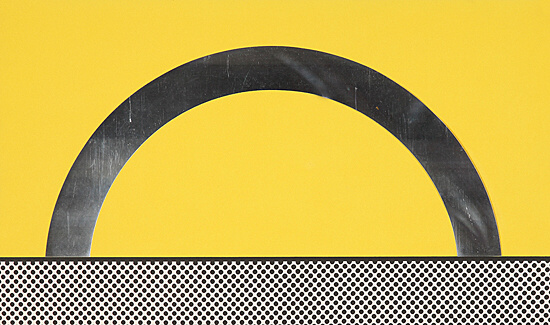 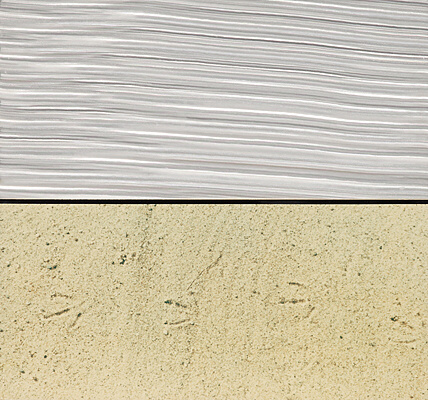 Roy Fox Lichtenstein (Manhattan, New York 1923–1997 Manhattan, New York) is – together with Andy Warhol – probably the most famous representative of American Pop Art. His Benday dots and Brushstroke works are world-famous, as are his motifs borrowed from the world of art, comics and consumption. His works have become icons of twentieth century art.

In 1961, Lichtenstein painted his first Pop images, for which he transferred cartoon figures from comic books and chewing gum wrappers directly onto canvas, albeit with small but revealing changes.

He experimented a great deal and imitated industrial printing techniques. The phenomena of industrial mass production and mass media advertising techniques became sources of inspiration. They fascinated him, but at the same time expressed his critical approach to them. Instead of coloured surfaces, he juxtaposed equally-sized coloured dots. These ‘Benday dots’ – named after the American artist and inventor Benjamin Day, who developed them for industrial illustrations – became Roy Lichtenstein’s trademark in both painting and printmaking. In addition to the typical Benday dots, the schematised system of lines and surfaces is also characteristic of his work.

Everything depicted is strongly stylised and limited by strong black outlines. The details are reduced to the minimum. Sculpturally modelled interior drawing is almost completely missing. As a result, but also due to the monochrome colour areas and the neutral background, the motifs appear very flat. Everyday actions and utilitarian objects are monumentalised. The persons depicted lack any individuality.

And it is almost always typical things, well-known through countless reproductions and clichés, that Lichtenstein chooses as the basis of his pictures: appropriated from art history and comics or everyday life.

In 1995, he was awarded the Kyoto Prize, one of the highest awards for services to science and culture.