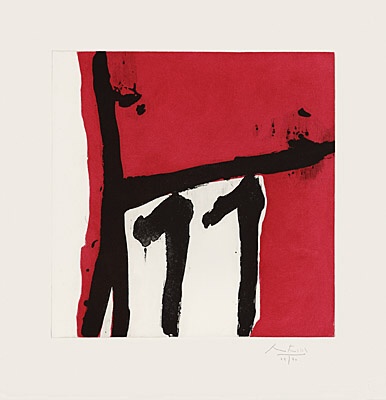 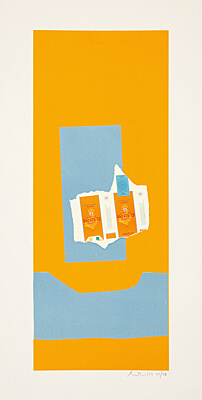 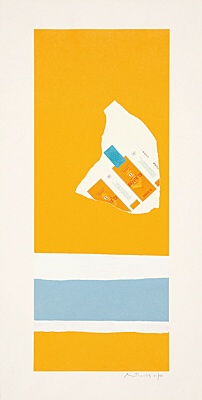 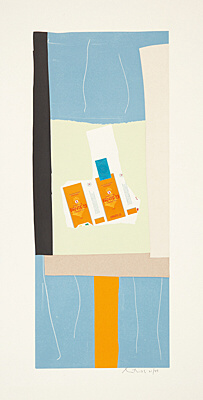 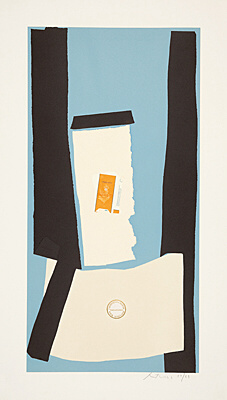 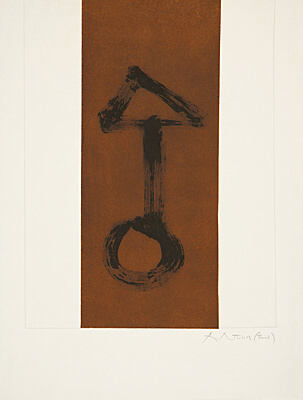 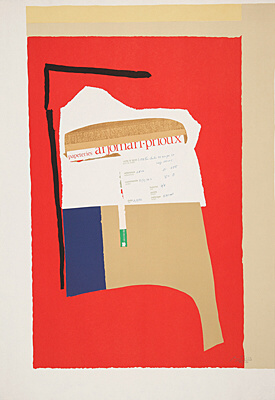 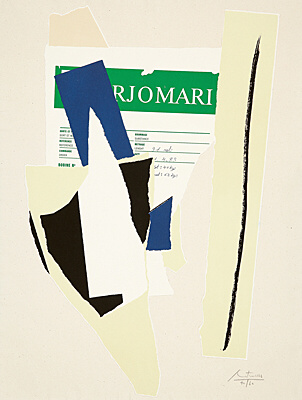 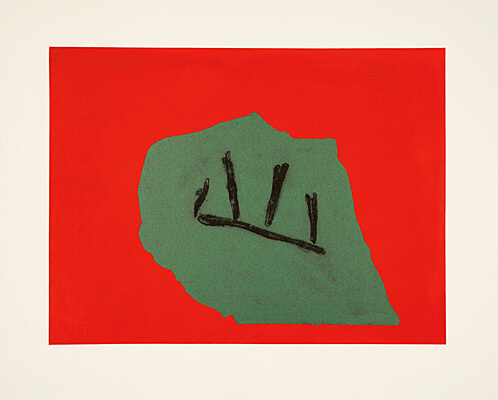 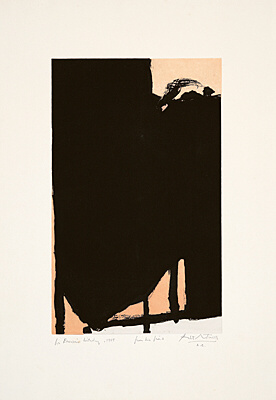 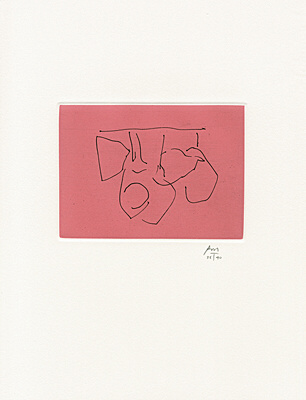 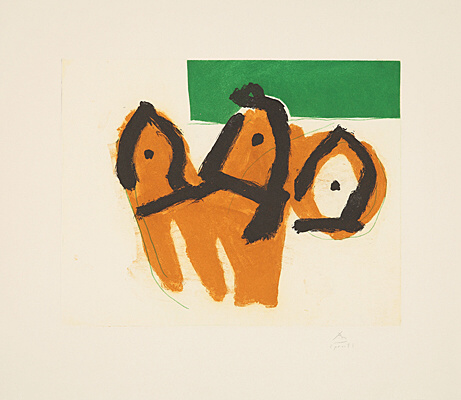 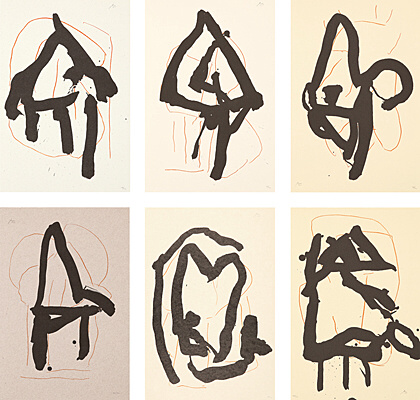 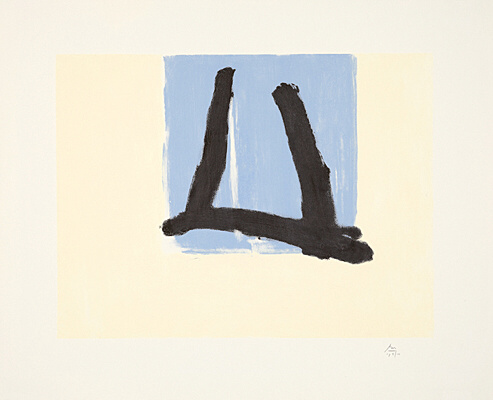 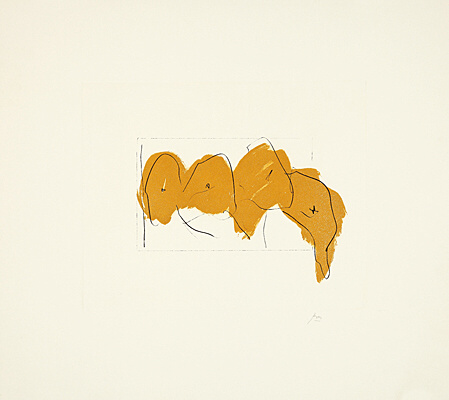 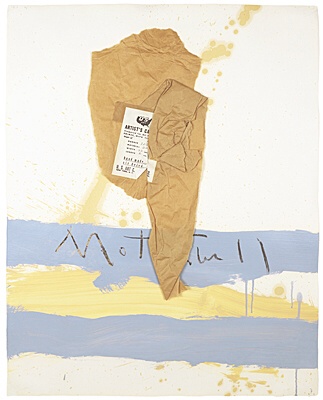 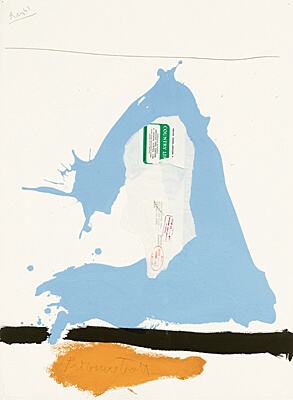 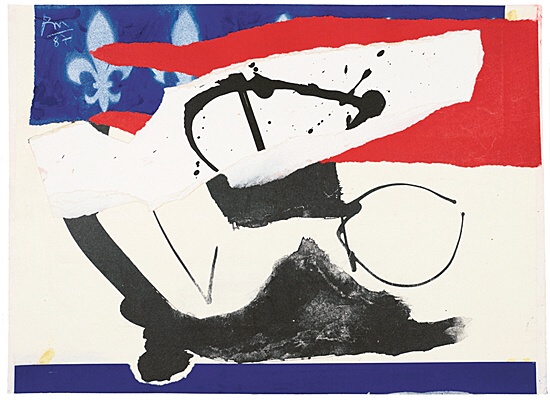 Robert Motherwell (Aberdeen, Washington 1915–1991 Provincetown, Massachusetts) is one of the most important representatives of Abstract Expressionism, the chapter of international art history developed and determined by America. In addition to Robert Motherwell, the most important protagonists of the movement include Willem de Kooning, Jackson Pollock, Ad Reinhardt and Mark Rothko.

Motherwell’s list of international exhibitions is impressive. His work was, however, rarely shown in Germany. His first appearance in Germany took place in 1954 as part of a group exhibition at the Museum Morsbroich in Leverkusen. In 1959 and 1964, his works are shown at the second and third editions of the documenta. In 1965, the retrospective organised by The Museum of Modern Art in New York travelled on to the Folkwang Museum in Essen. In 1976, on the occasion of the bicentenary of the USA, the Kunsthalle Düsseldorf exhibited works by Motherwell spanning more thirty years. In 1982, the Haus der Kunst in Munich showed his works as part of the exhibition American Painting 1930–1980, and the Bayerische Staatsgalerie für moderne Kunst inaugurated a permanent exhibition space for his works. In 2004, exactly fifty years after his works were shown there for the first time, the Museum Morsbroich dedicated a large survey exhibition to him.

Already as a child, Motherwell wanted to become an artist but followed the wishes of his father, a banker, and initially studied Philosophy and French Literature at Stanford and Harvard, among other places. After a two-year stay in Paris from 1938 to 1939, where he made friends with European artists who would later go into in exile, he studied Art History at Columbia University in New York. Knowledge was always important to him. With the series Documents of Modern Art, published from 1944 to 1960, he created an important reference work on modern art.

From the late 1940s onwards, the aspirations of American artists to liberate themselves from European influences and to create their own internationally recognised art movement began to emerge among the Abstract Expressionists in the increasing tendency of an imagery liberated from any representational depiction. The exhibition The New American Painting was ground-breaking for the international recognition of American painting as a significant artistic phenomenon in its own right. In 1958/59, it was presented in Basel, Milan, Madrid, Berlin, Amsterdam, Brussels, Paris and London, and as a highlight at The Museum of Modern Art in New York.

Motherwell found his very own, Abstract Expressionist pictorial solutions in the greatest possible intensity of colour and signification, uniting in them the knowledge of art. ‘Every intelligent painter carries the whole culture of modern painting in his head’, he once remarked. His artistic works initially elude verbalisation. At first glance, the signs and areas of colour do not embody anything representational; they do not superficially represent any apparent object. And yet it is the ‘familiar things that belong to [his] life’ that can be seen: the ochre of the earth, the green of the grass, the blue of the sky and the sea, the labels of ‘Gauloises’, ‘Players’ and ‘Ernte 23’: ‘sometimes I smoke them...’