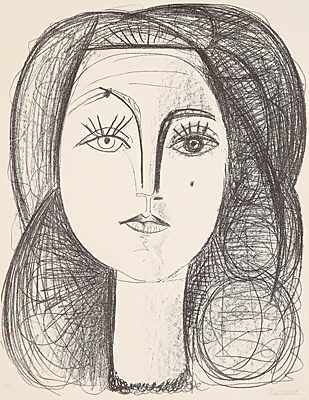 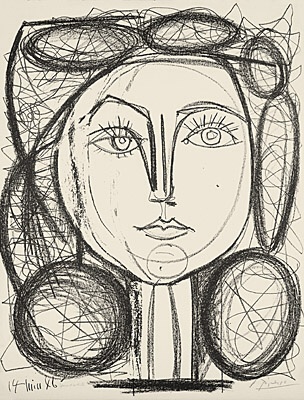 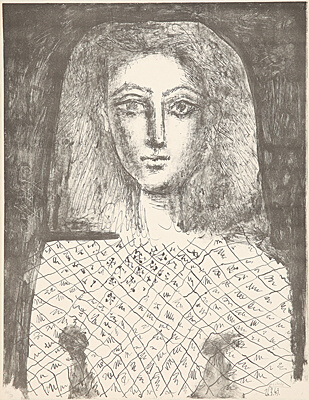 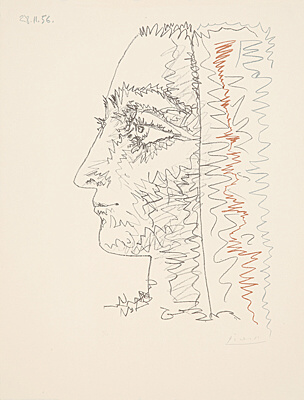 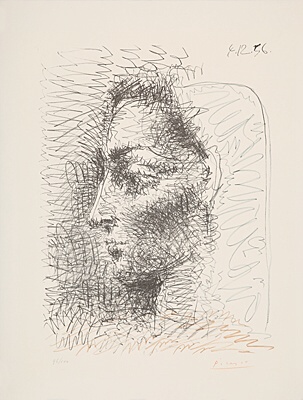 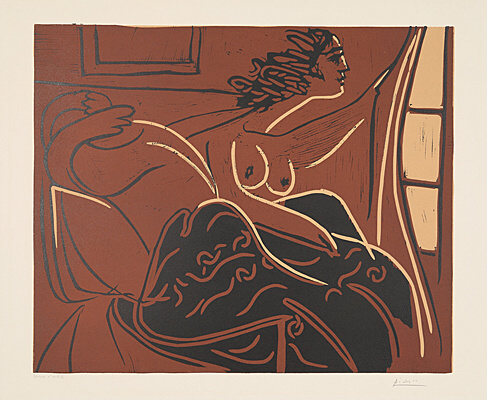 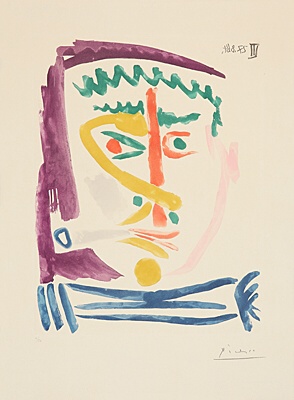 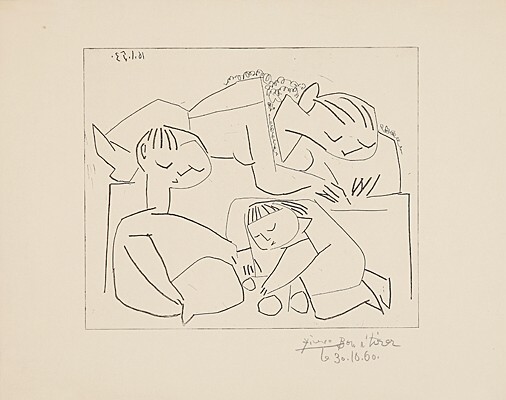 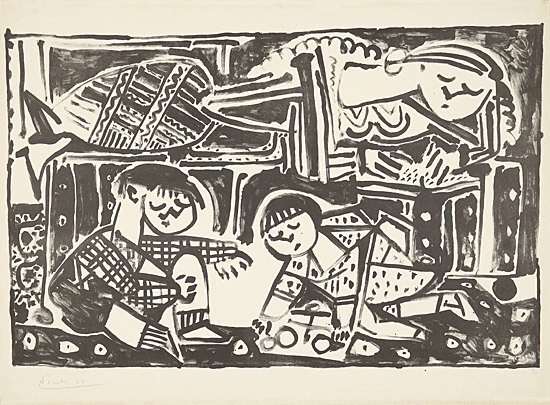 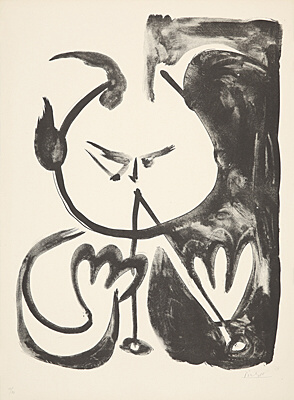 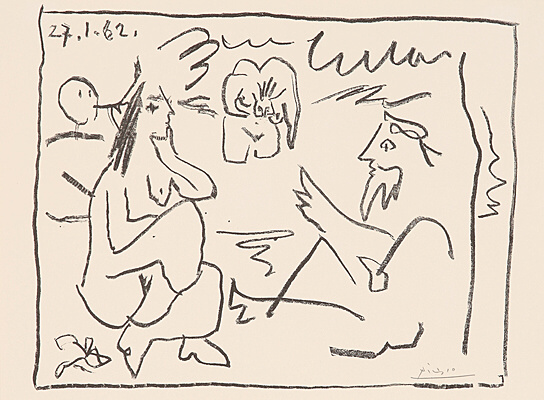 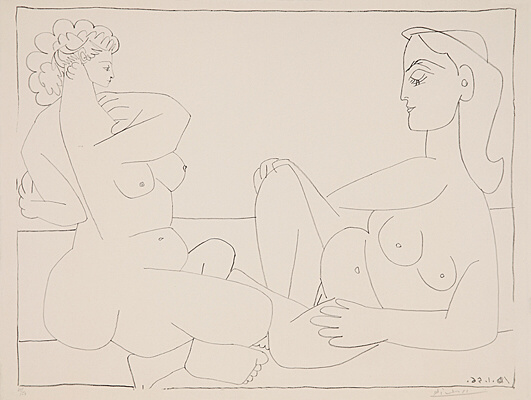 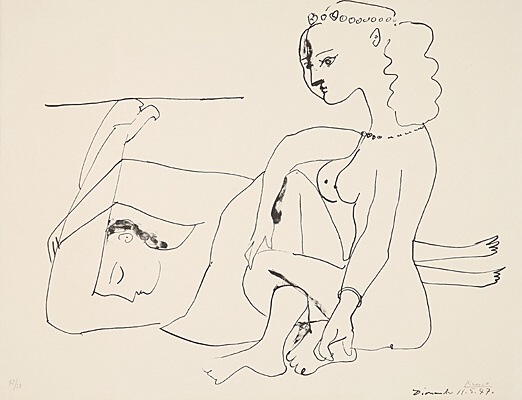 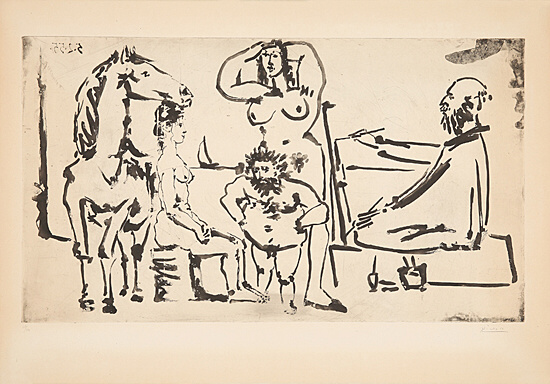 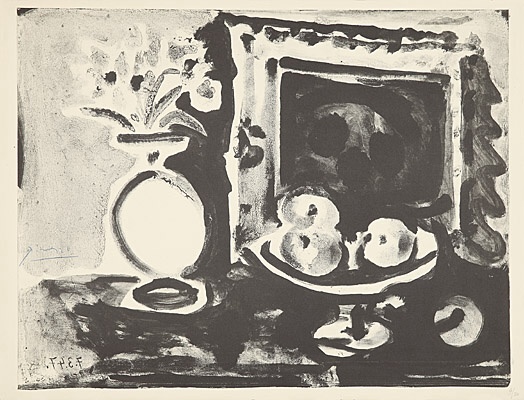 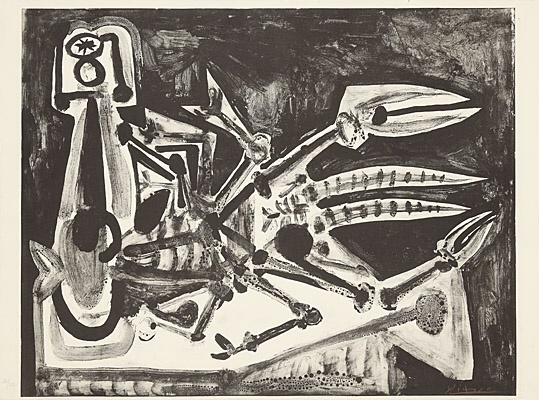 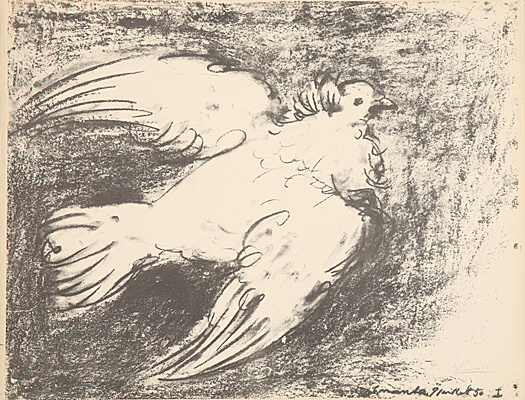 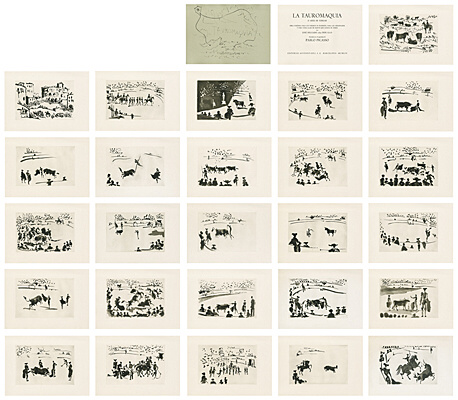 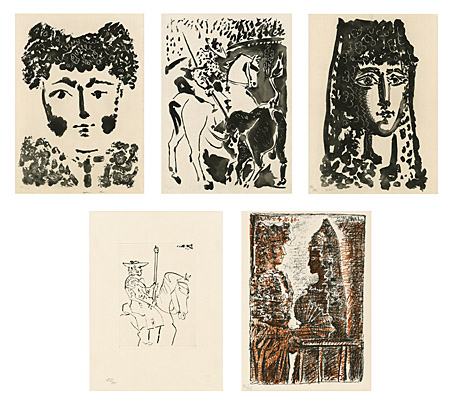 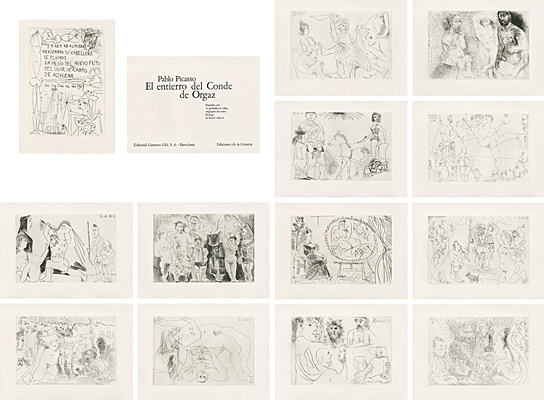 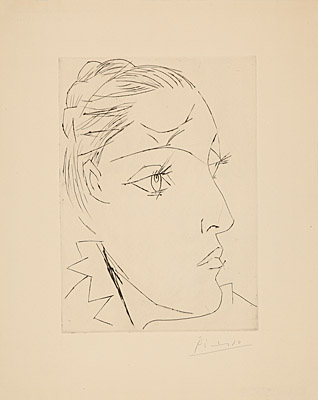 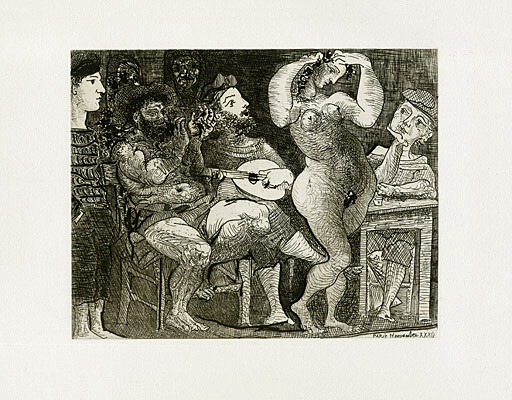 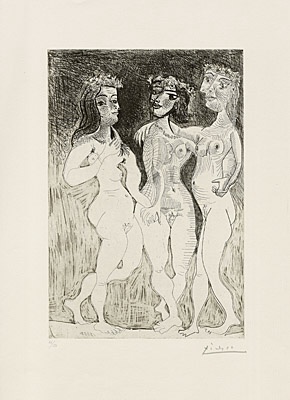 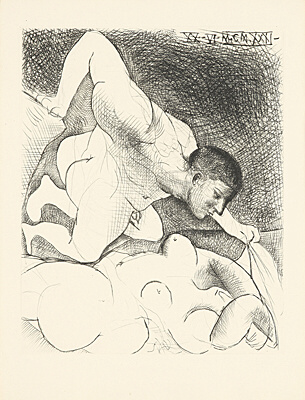 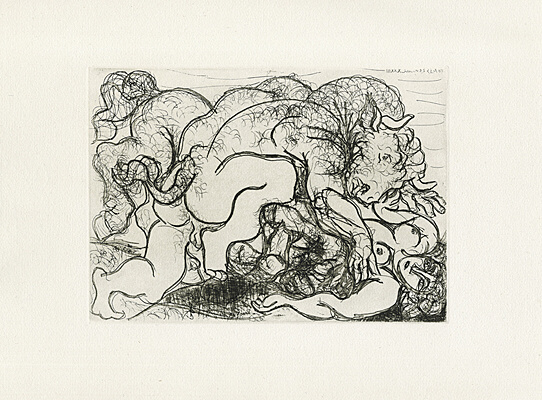 Pablo Picasso (Málaga 1881–1973 Mougins) has been described as a ‘magician of the art of printmaking’. This term not only encompasses the unbridled creativity that he developed in this field – and in so many others – it also refres to his elementary and always surprising formal language, his technical mastery, his craftsmanship and his boundless joy of experimentation. The vital power of his graphic work makes comparisons with Rembrandt and Goya necessary, two role models who the artist expressly references in his own work.

Basically, this ‘magician’ is determined by an irrepressible tendency to break professional habits, to work unconventionally and to repeatedly try out new things. Fran&çoise Gilot, for example, noted with regard to Picasso’s collaboration with the experienced printer Tuttin that he often nearly drove this expert to despair: ‘How is a person supposed to print something like this? (...) It’s a monstrosity.’ But in the end (‘if Pablo had persuaded him enough... ’), he always managed to make it work.

Picasso’s oeuvre of prints comprises more than 2,000 individual works, including etchings and aquatints, lithographs, woodcuts, linocuts and many other techniques.

The almost inconceivable richness and overwhelming expressiveness of Picasso’s prints remain with him throughout his entire life. He thus repeatedly conquers new domains.

A fascination for the working processes accompanied this artist throughout his entire, inconceivably large oeuvre of prints. This includes, above all, the ever-new tension with every fresh print, the factor of the not quite calculable, that certain independent existence which lies in the essence of the medium. The astonishment begins with the principle of lateral inversion, a principle that is so self-evident and yet always so surprising, and that entails so many other effects. Picasso was, of course, always aware of this central mechanism of effect in all its meaning, although, throughout his life, he faced it ‘without worry’, so to speak.

Seen as a whole, Pablo Picasso’s enormous oeuvre of prints is entirely influenced by the phenomenon of drawing – and this with such a dominant intensity that it is otherwise not necessarily given to the medium. The dot and the line are certainly basic elements of most printmaking techniques, but these are actually external markers, formal elements. In Picasso’s prints, far more and much more significant traits of the drawing character emerge, traits that to a certain extent concern drawing as a form of thought and consciousness. There is, for example, the confrontation of opposing creative possibilities, which are deliberately left without formal unification. The unification of such contradictory forms occurs through the perception of the viewer.