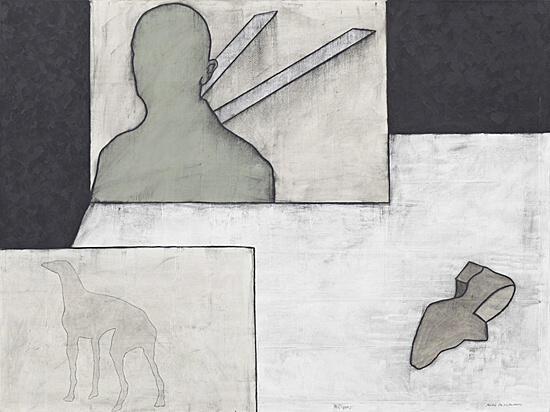 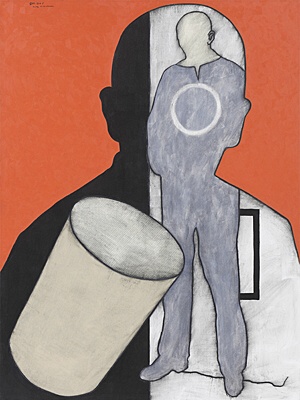 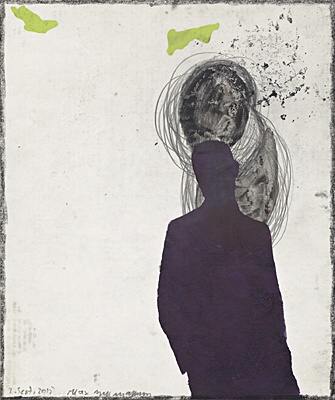 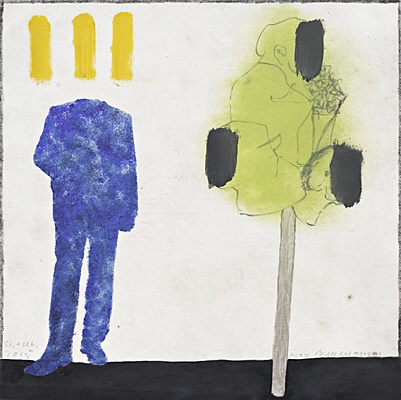 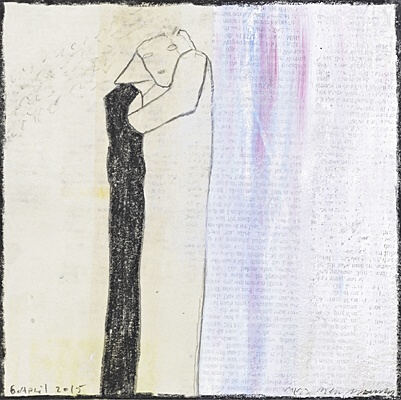 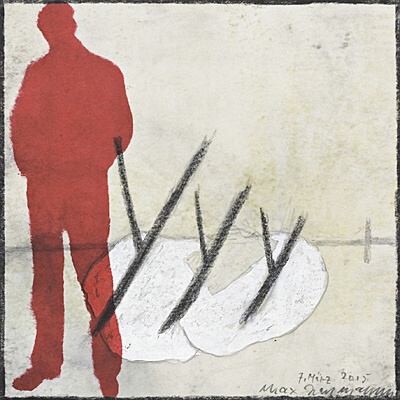 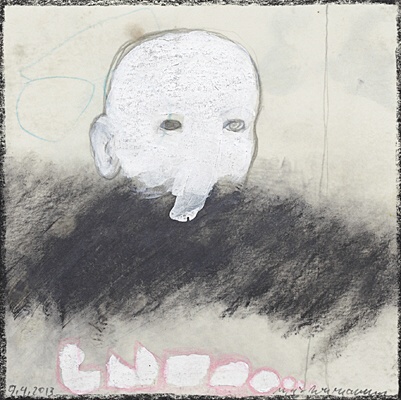 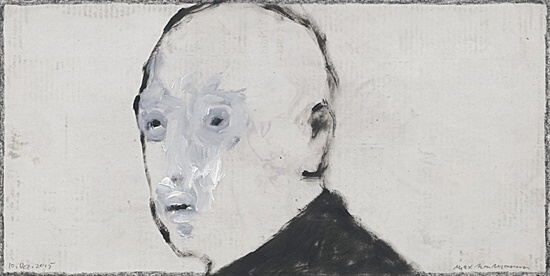 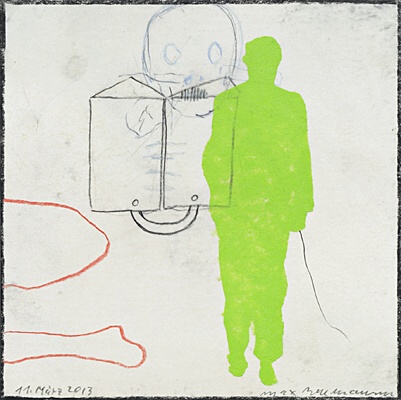 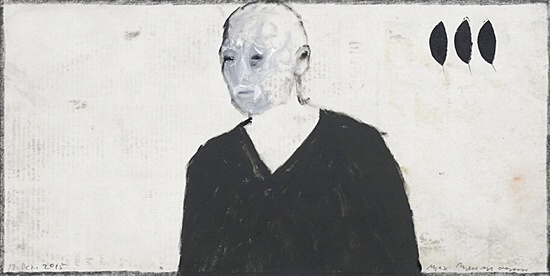 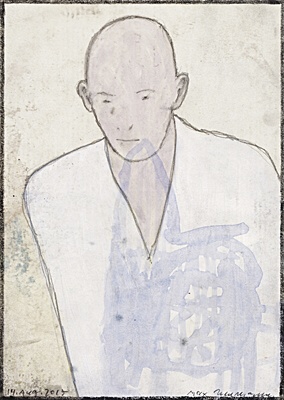 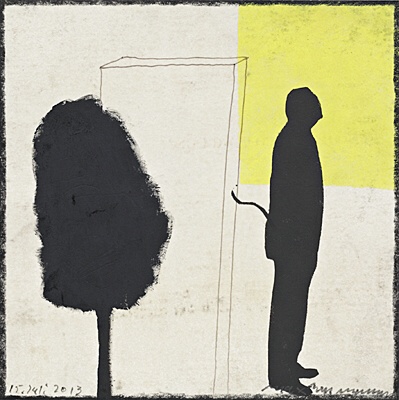 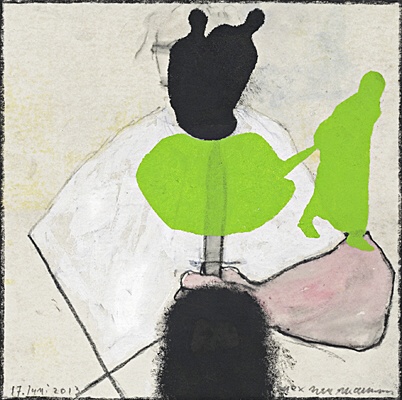 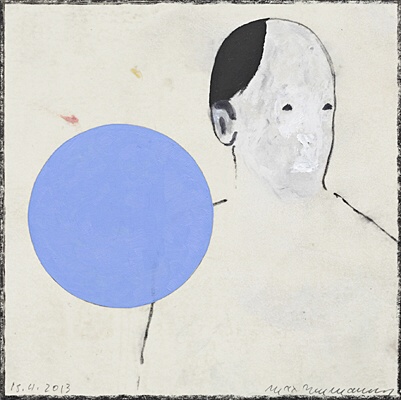 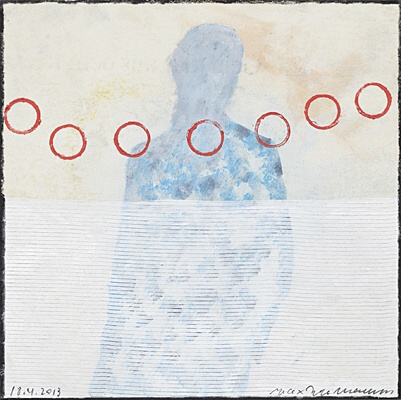 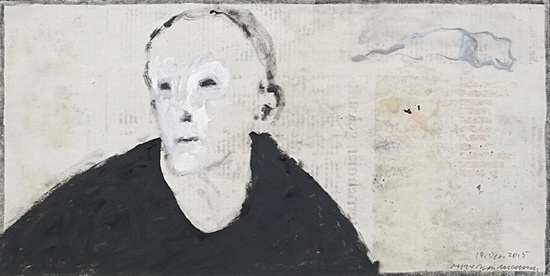 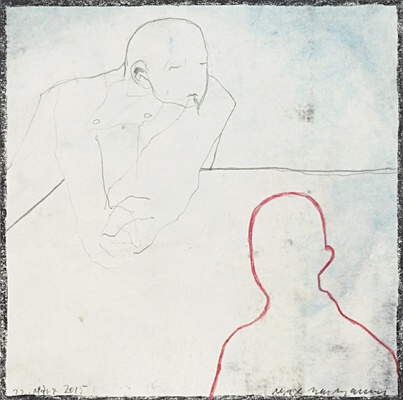 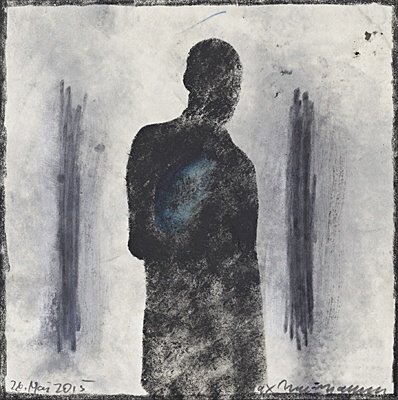 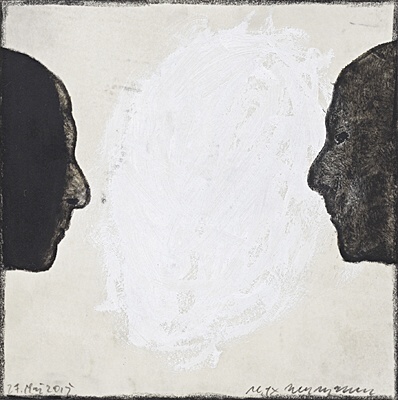 Max Neumann (b. in Saarbrücken in 1949) studied Fine Arts in Saarbrücken, Karlsruhe and Berlin. He achieved his breakthrough in the Berlin art scene in the late 1970s.

His paintings are characterised by a mystical and simultaneously contemplative mood. Characteristic of his works are his anonymous figures and heads that appear to be plays of shadows. The effect of his pictures is also determined by their composition, in which the relationship of colour surfaces, figures and forms to each other creates a harmonious balance. The choice of the most muted colours also plays an important role. Black in particular is present in almost all of his works.

In his more recent works, a balancing lightness is added, which is particularly evident in the choice of colours and the application of paint. Here we find, for example, light blue, light pink, light green, lilac or pale yellow – all applied with near transparency. They stand in contrast to the still present and dominant dark tones, which trigger a melancholic mood.

Through these contrasts in form, colour, composition and surface structure, the pictures often appear ambivalent, at the same time calm and restless, tender and powerful. It is in this difficulty to ‘grasp’ them, to interpret them, that their appeal and strength lie, for as Joachim Sartorius states, they become ‘inner places’ in which every viewer recognises their own self through their own interpretation. But this ‘how’ also contains the depth, the intellectual nature, the poetry and the music that Max Neumann has absorbed and processed in his pictures, which give his works this perceptible sense of contemplation.