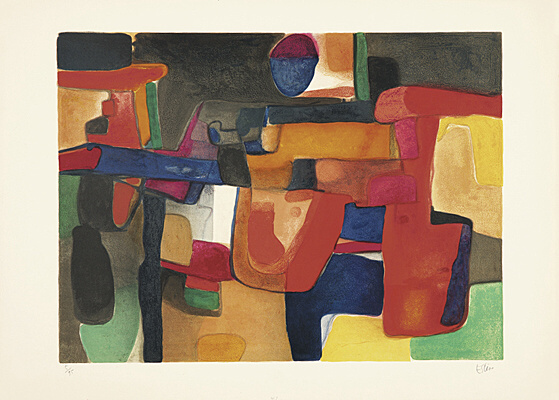 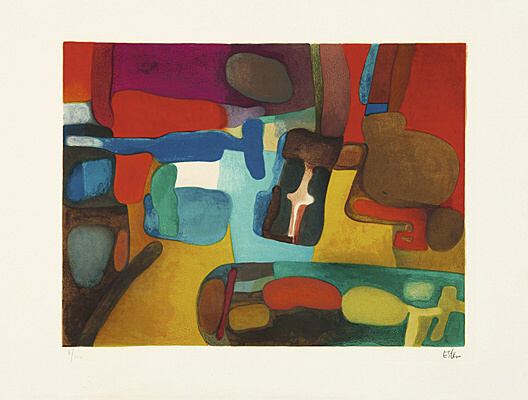 Maurice Estève (Culan 1904–2001 Paris) belongs – together with his contemporaries Serge Poliakoff, Raoul Ubac and Hans Hartung – to the established French representatives of the abstract École de Paris after the Second World War.

In contrast to his contemporaries, his oeuvre of paintings and prints is characterised by intense colouration. Estève is primarily appreciated in his native France and is represented in museum collections such as the Musée des Beaux-Arts in Lille and the Musée des Beaux-Arts in Dijon. Outside his home country, his works can be found in the collections of the Brooklyn Museum in New York, the Tate Gallery in London and the National Gallery in Oslo. In 1987, the Estève Museum was founded in Bourges/Cher.