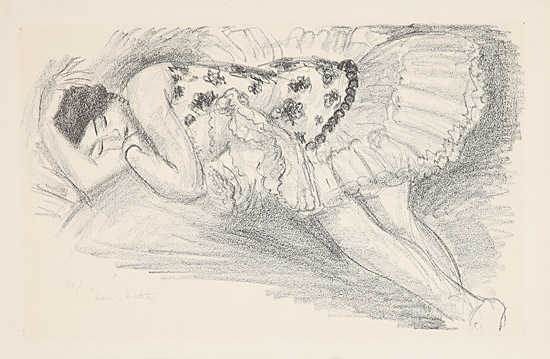 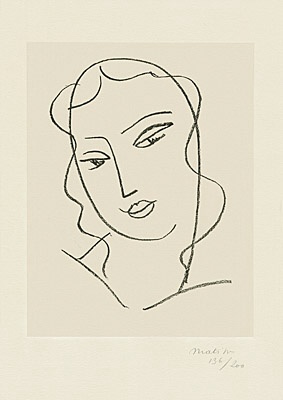 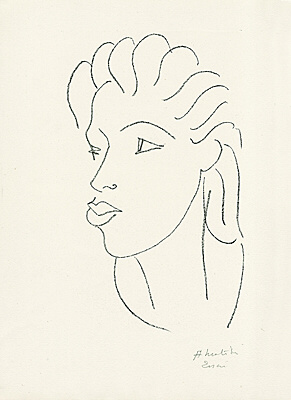 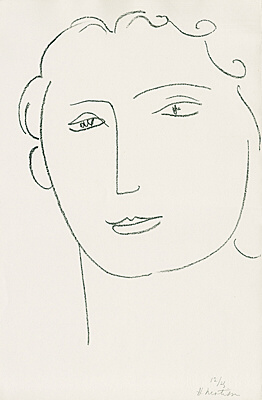 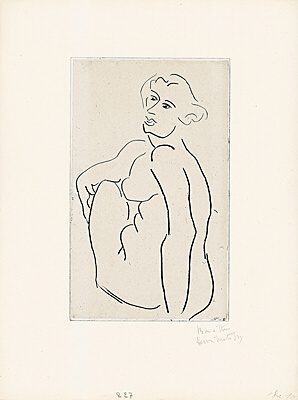 Henri Matisse (Le Cateau-Cambrésis 1869–1954 Nice), whose life’s work as a painter, draughtsman and sculptor is one of the most important manifestations of twentieth century art, has left behind an incredibly versatile and comprehensive oeuvre: Matisse was a painter and draughtsman, sculptor and stage designer; he created wall decorations and furnished villas and also designed a chapel in Vence (the ‘Chapelle du Rosaire’ – Chapel of the Rosary of the Dominican Sisters), furnishing it and fitting it with coloured stained glass windows. In addition, the large-format papiers decoupées (coloured silhouettes such as the Nu bleu from 1952), executed in the early 1950s, have become widely known.

But no other artistic genre demonstrates Matisse’s legendary productivity – all the while concentrating on narrowly limited thematic complexes – more aptly than his drawings and prints.

Unlike Picasso and Max Ernst, who virtuously used the technical possibilities of another medium to expand their artistic possibilities of expression, Matisse deliberately refrained from using and testing new materials and techniques. His preferred themes in his prints are essentially (female) portraits and nudes, while landscapes, still life motifs and interiors – the central motifs of his painting – appear only occasionally.

A lifelong confident and insatiable draughtsman, he valued black lines on white paper as ‘a means of expressing feelings and describing mental states’. For him, drawing is the result of a perception of things guided by emotion, transposed into the elegance and beauty of the line.