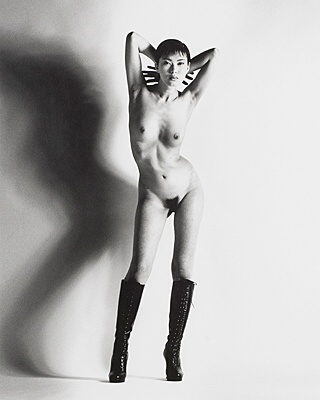 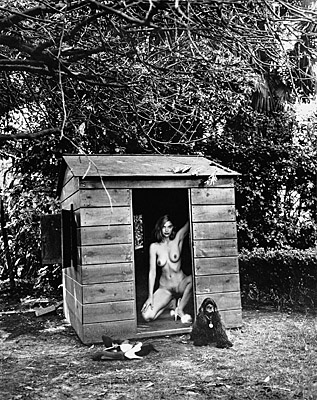 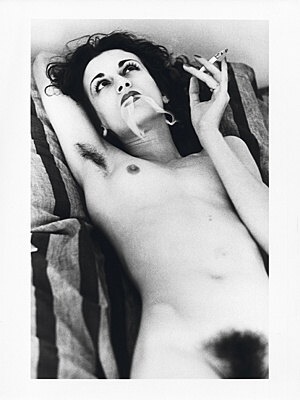 Helmut Newton was born in Berlin in 1920 as Helmut Neustädter, the son of Jewish parents. He dropped out of school at the age of sixteen to devote himself entirely to his passion for photography. He began an apprenticeship as a photographer with the photographer Yva, known for her fashion and nude photography. She inspired Newton to take his path of photography.

To escape the persecution of the Jews, his parents booked him a ship passage in 1938. He left the ship in Singapore and two years later travelled to Australia, where he served in the army for five years and became an Australian citizen.

In 1948, he married the actress June Brunell, with whom he remained married for fifty-five years until his death. Brunell also worked as a photographer under the pseudonym Alice Springs. Newton received commissions from the largest fashion and lifestyle magazines, including Vogue, Queen, Nova, Marie-Claire, Elle and Playboy, as well as numerous awards.

After suffering a heart attack, Helmut Newton increasingly turned to nude photography with themes that were provocative for his time. His controversial scenarios, strong illumination and unusual compositions are unmistakable.

With his photography, Newton broke with conventions. He combined fashion, portraits and eroticism and used these to depict an exaggeration of the decadent life of the jet set.

In 2004, Helmut Newton died of the consequences of a car accident. After his death, the Helmut Newton Foundation was founded in Berlin. Newton is buried at the municipal cemetery in the Friedenau district of Berlin.