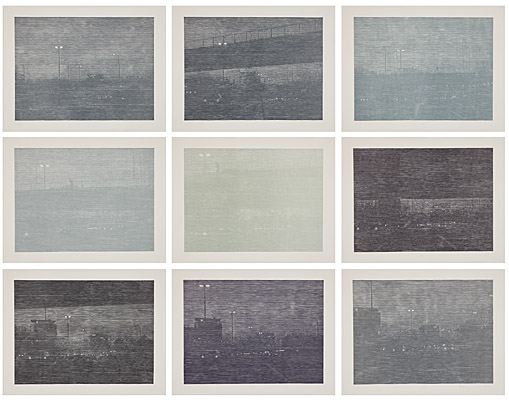 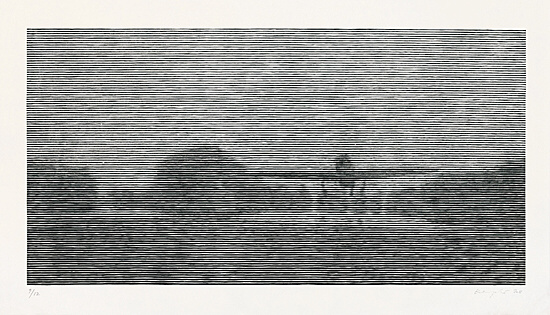 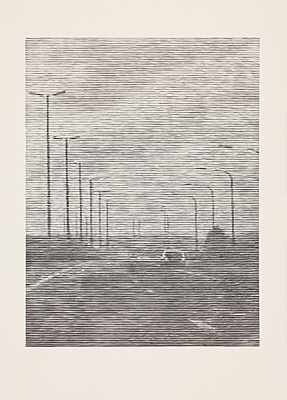 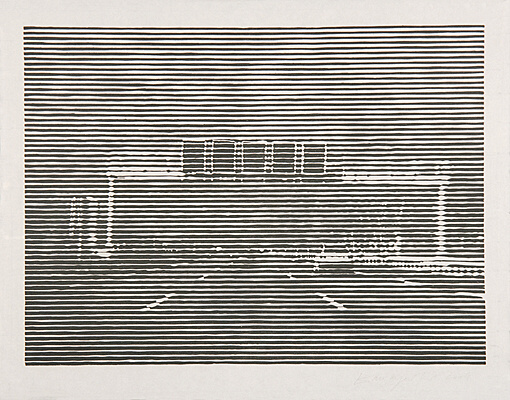 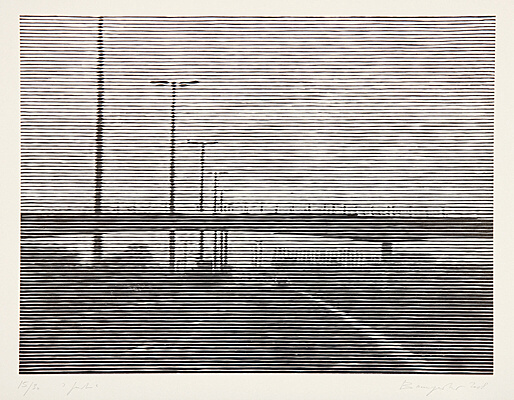 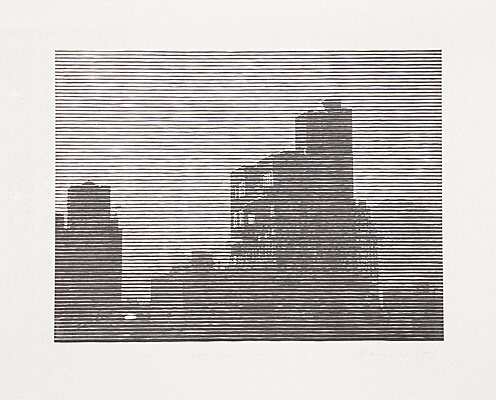 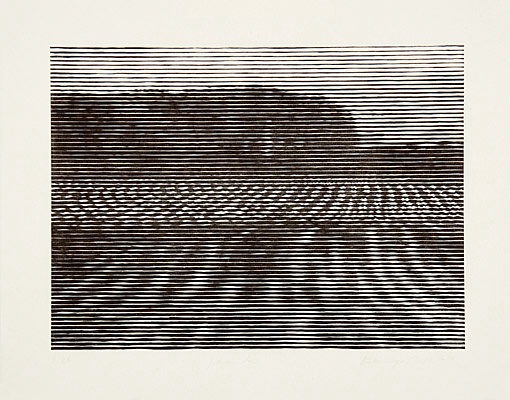 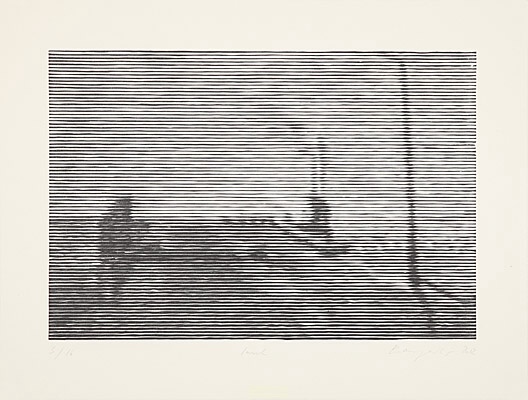 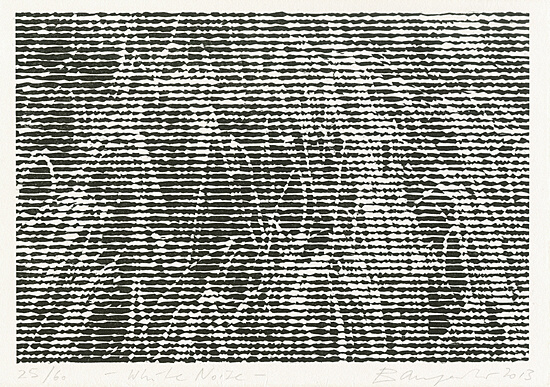 In her artworks, Baumgartner is preoccupied with contrasts. This is already evident in her choice of technique. Christiane Baumgartner uses both one of the oldest printing techniques, namely the woodcut, and modern technology, namely videos and video stills, thus bringing digital technology back to an analogue state. In doing so, she always depicts contemporary motifs, including vehicles, traffic scenes, flying objects, wind turbines in nature or pure landscapes. Her works present the contrast between speed and standstill. Through the arrangement of linear structures, the images evoke the illusion of flickering: They seem to move and constantly change.

The artist has received numerous awards and scholarships for her impressive work and is represented in over fifty public collections worldwide.