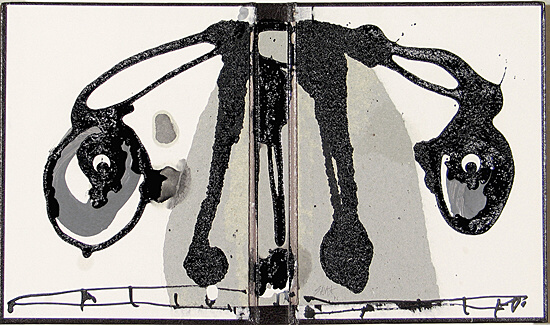 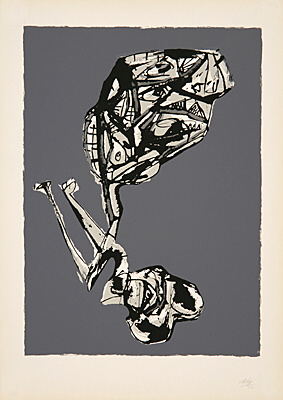 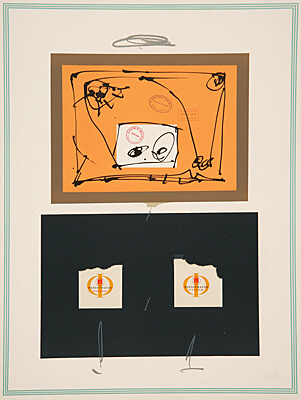 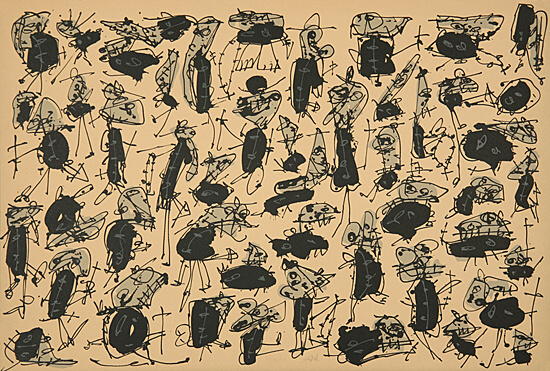 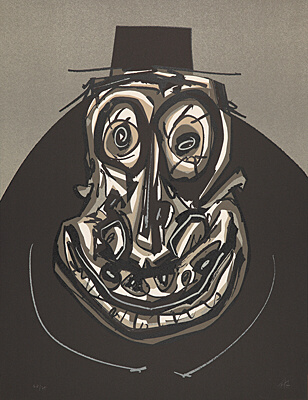 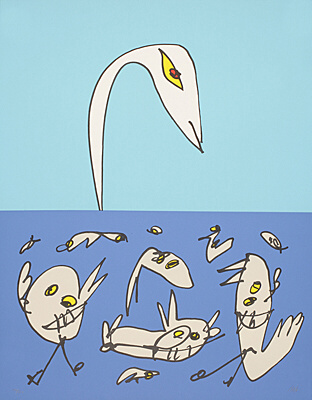 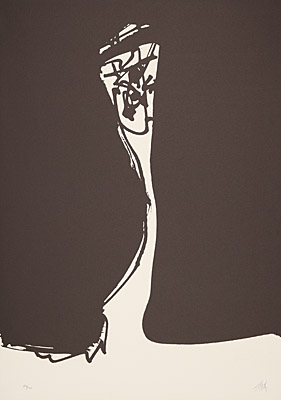 Saura was a painter of the abyss, of turmoil and pain, but also a painter whose gestural-expressive power makes us hope for a breakthrough behind the pain. Suffering from bone tuberculosis, the young Saura spent part of his youth, from the age of twelve to sixteen, with half of his body squeezed into a plaster corset. In 1947, during his convalescence, Saura began to paint and write autodidactically. The horizon of an adolescent in Francoist Spain was narrow: Since the end of the civil war, the country had been cut off from the centres of the artistic and intellectual avant-garde; cultural life, thinned out by the exodus of left-wing intellectuals, was pressed by the censorship regulations of Spanish fascism.

The educational experience of the young Saura developed in astonishing parallelism with his colleague and later friend Antoni Tàpies, who was seven years older. Also a victim of tuberculosis, Antoni Tàpies used his long period of convalescence to read about and study art. At the beginning of their careers, both young artists intuitively picked up the pictorial language of Surrealism and consequently decided against constructivist influences.

The Paris of the 1950s then became Antonio Saura’s laboratory; it was here and at this time that he developed all his ideas and methods, received all his influences, went from a talented young painter to one of the most original artists of the second half of the twentieth century. Paris was predestined to attract the young Saura – incidentally the brother of the film director Carlos Saura – for in this city, the activities of his two main interests, painting and writing, were concentrated.

From the mid-1950s onwards, Antonio Saura was preoccupied with the possibilities of merging gesture and the figure. Cubism, the first artistic deconstruction of the human figure (and the painted object) based on Cézanne’s planar painting, attempted to depict three-dimensionality on the surface. Saura strove to pursue this further. His method was to combine the painterly deconstruction of the figure with the simultaneous dramatization of the brushstroke through the element of the gestural application of paint, and he applied the possibility of gestural painting to capture movement and dynamics to his Women, thereby breathing life into the figure on the canvas.

Whereas in Guernica, Picasso’s incunable of deconstructed corporeality, all figures are frozen in pain, Saura succeeded in making his masses dance in one of his earliest Crowd paintings. If Guernica is a large, endless scream, Saura’s Crowds are the epitome of the masses’ billowing, potentially dangerous, potentially powerful, unmanageable and highly unpredictable. Antonio Saura, who experienced the civil war in his country directly as a child and, as a contemporary, heard the fanatical roar of the masses in the Berlin Sportspalast, the image of the crowd was the epitome of his time. Mass gatherings, military parades, marches of armies, the flight of the population of entire regions: All these belonged to the defining image of his time, which Saura now captured on canvas with the painterly possibilities he had worked out for himself.

In addition to his criticism of the Franco regime, his interest in the Existentialism of Jean-Paul Sartre and Albert Camus emerged as the context of his painting. From the early 1960s onwards, the portrait was to become Saura’s most important means of expression. The elaboration of the attitude of a figure, the question of ‘attitude’ itself, which Saura personally expressed through his determined opposition to the Franco regime and thus to the leading class in his home country, became the focus of his painting. Saura’s Crucifixions also deal with horror, turning directly to cruelty. Here, the torn figure of the Crucified Christ is more than a mere metaphor.